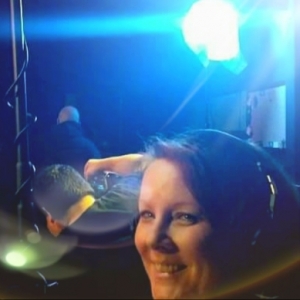 Stephanie Gelineau was born in the Grand Rapids, Michigan area, and raised an amazing son before getting into the film industry.  Her first break into films was with the ZOS Films maiden voyage film “Home Is Where the Soul Is” assisting in any way possible.  She continued her work with ZOS Films “Homecoming”, before finding her niche in the arts of audio production with the follow up “JOUST”.  Stephanie has enjoyed many experiences with many productions since assisting with audio and helping in anyway possible in that process.  When she is not on set, she enjoys studying her craft, painting, writing, and spending her time with her friends and family, including her husband and co-founder of ZOS Films, Bill Gelineau.