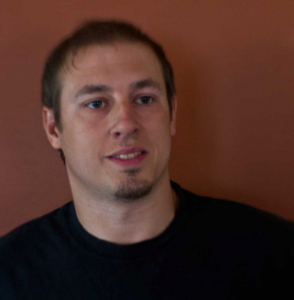 Travis Mandenberg was born In Lincoln Park and raised in every corner of Michigan. After High School Travis joined the military for life experience, and realized he wanted to make films. When his military service ended Travis moved to Grand Rapids getting a degree in Video Production from Grand Valley State University. After several years in the industry working for on such shows as Hells Kitchen, Salmon Showdown, being the head Videographer for The Great Lakes Equestrian Festival, and writing several scripts Travis continued his education at Compass College of Cinematic Arts where he earned a second Bachelors in just two years, graduating valedictorian. An experienced Cinematographer, Director, Gaffer, and Producer Travis has worked on dozens of productions and uses his knowledge and experience to make any production he works on the best that it can possibly be. Now he’s looking to make his mark on video production, Michigan, and the world!